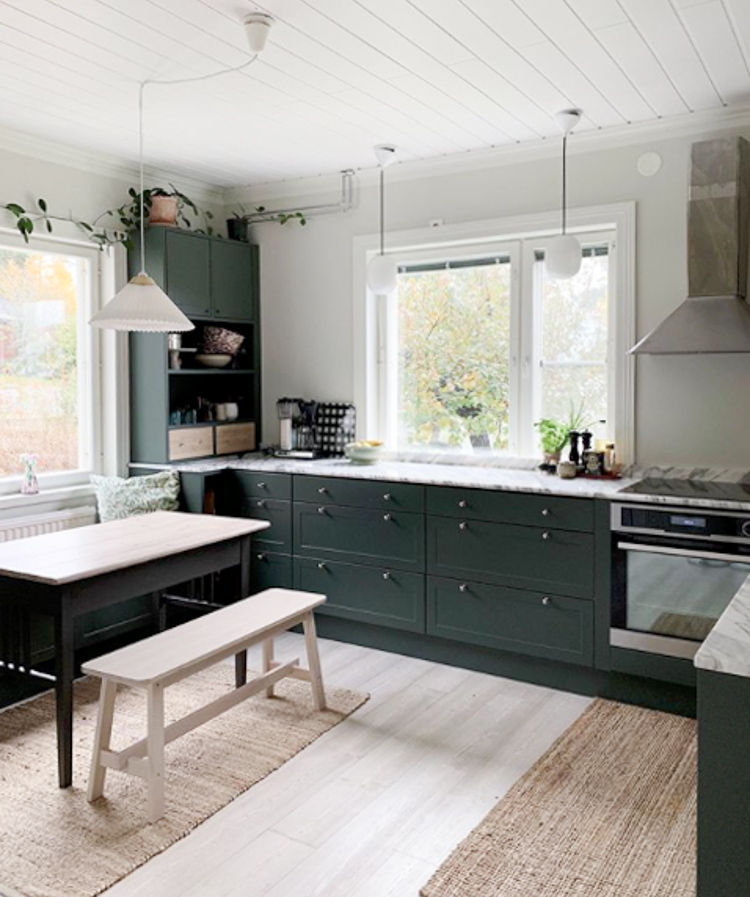 I once visited Helsinki in November and was greeted with a sign that said “Nobody in their right mind would come to Helsinki in November. Except you, you badass. Welcome”. It’s since been hailed as one of the greatest tourism posters ever made! With temperatures hovering around 3 – 4 degrees Celsius in Helsinki this week, they certainly have a point. But there’s also a certain beauty to Finland in wintertime, especially if you travel a little further afield. Maiju Saha, husband Janne and three children Paavo (12), Aina (7) and Theo (3) moved to a house in Vaasa on the south west coast of Finland two years ago. Dating back to 1941, Maiju has transformed the house into a beautiful oasis with deep green, blue and grey accents, while ensuring the original features remain intact. The result is a calm, cosy home and a perfect base from which to explore the city, nearby Kvarken archipelago and forests as well as experience the Northern Lights! 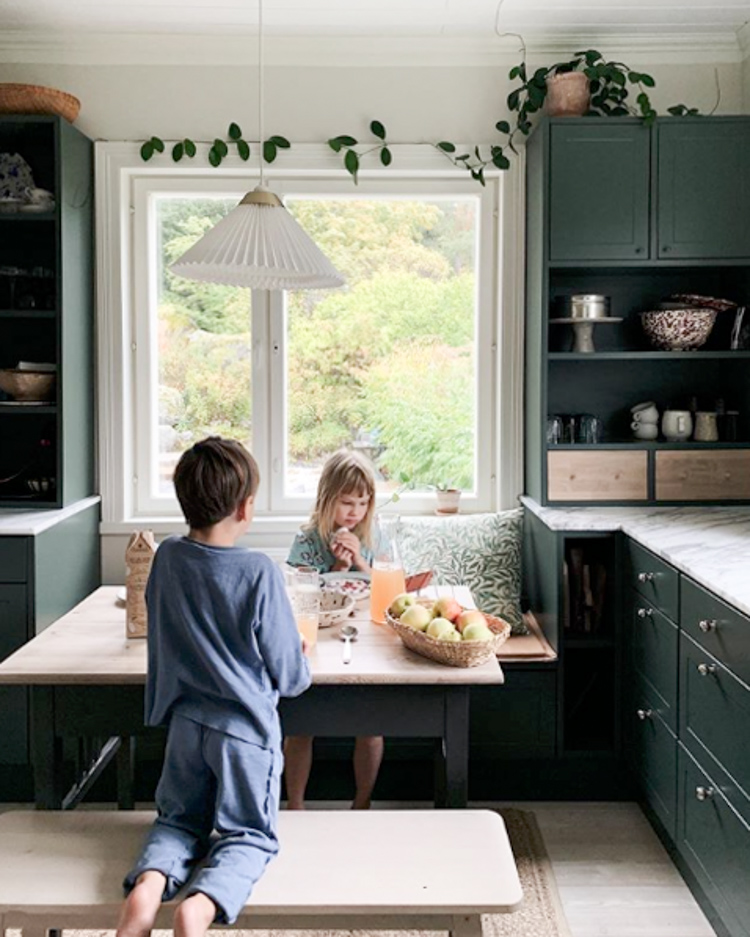 I love this window nook; it looks so cosy and is a great way to capitalise on extra space so that the dining area doesn’t take up too much space. The beautiful lamp over the table is a le Klint.
Maiju designed the kitchen herself and got it built by a local carpenter. The cabinets have been painted in NCS S7005-G20Y and the walls in Tikkurila ‘Merino‘. 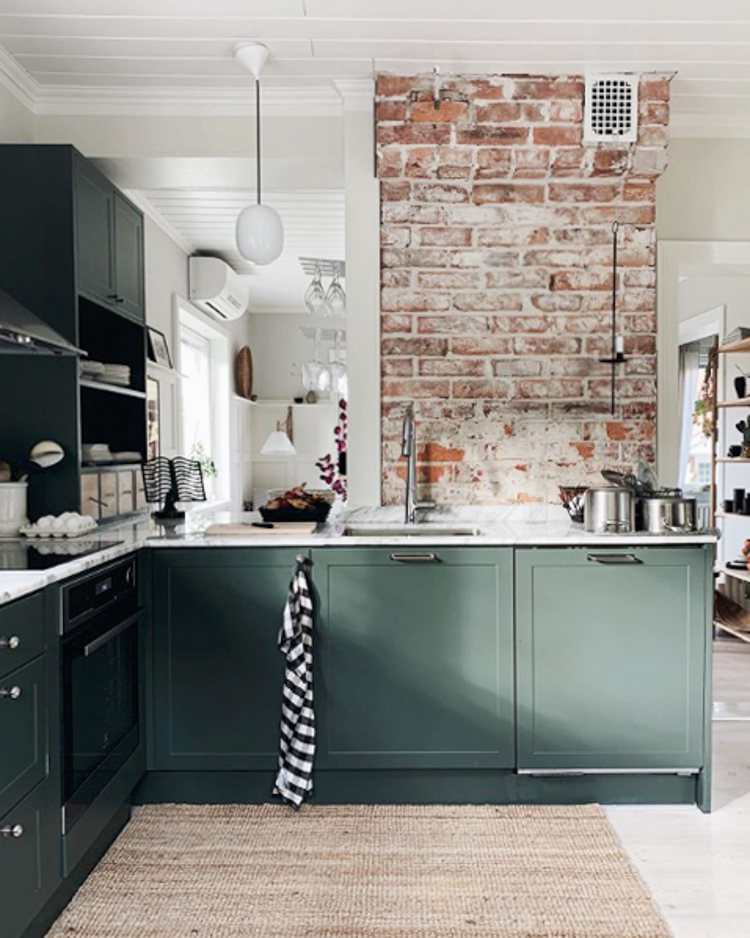 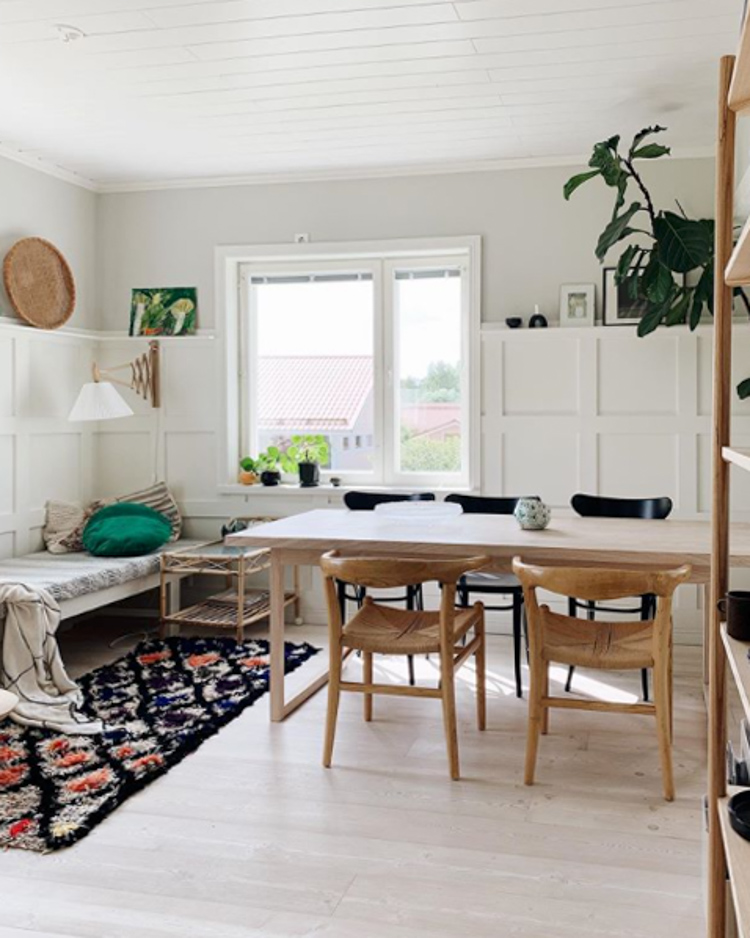 But my eyes are on that daybed (which Maiju built herself) – what a perfect little spot to chill!

Source a similar vintage rattan side table here* (I love this plant stand* but since it’s vintage, there’s only one. Hurry if you’re keen!) 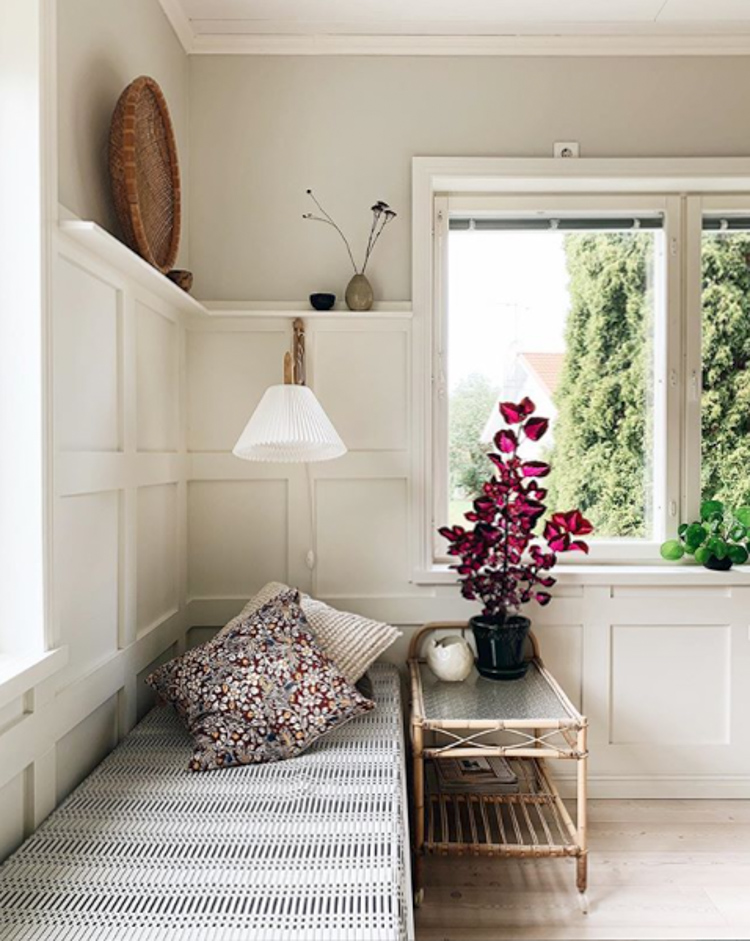 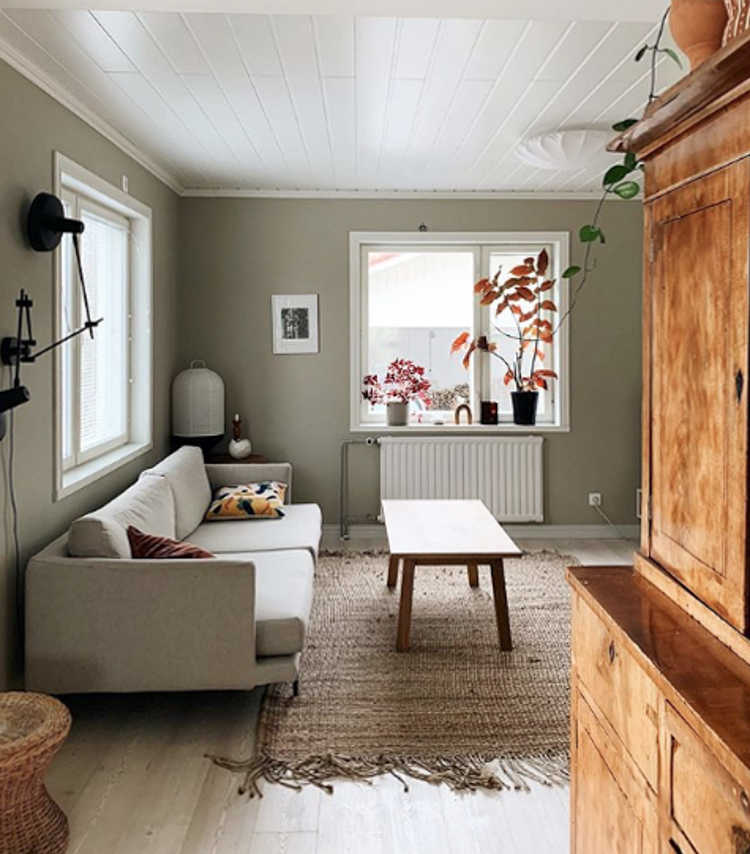 Maiju has painted the living room in Farrow & Ball ‘Old White’ and used neutral accents and a large rattan rug (this one is similar) which adds a load of depth and texture to the space. 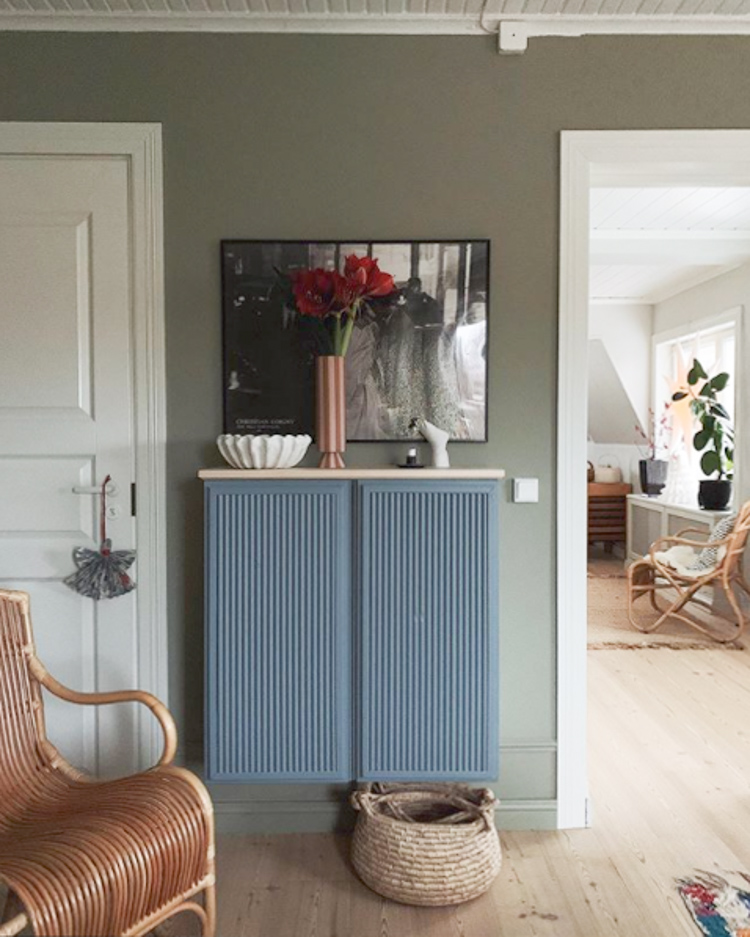 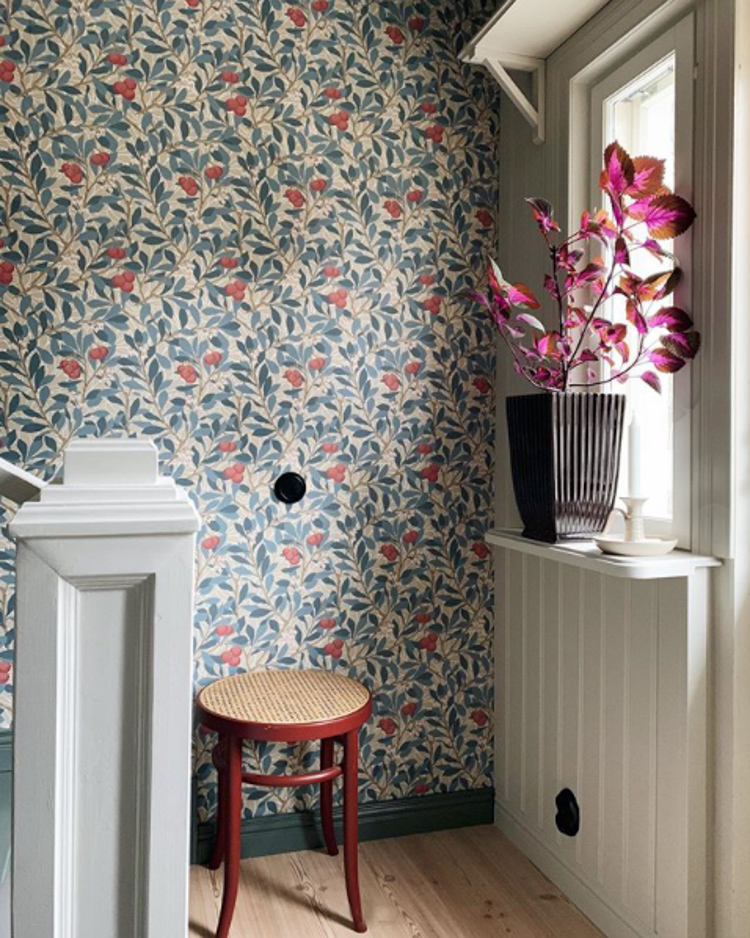 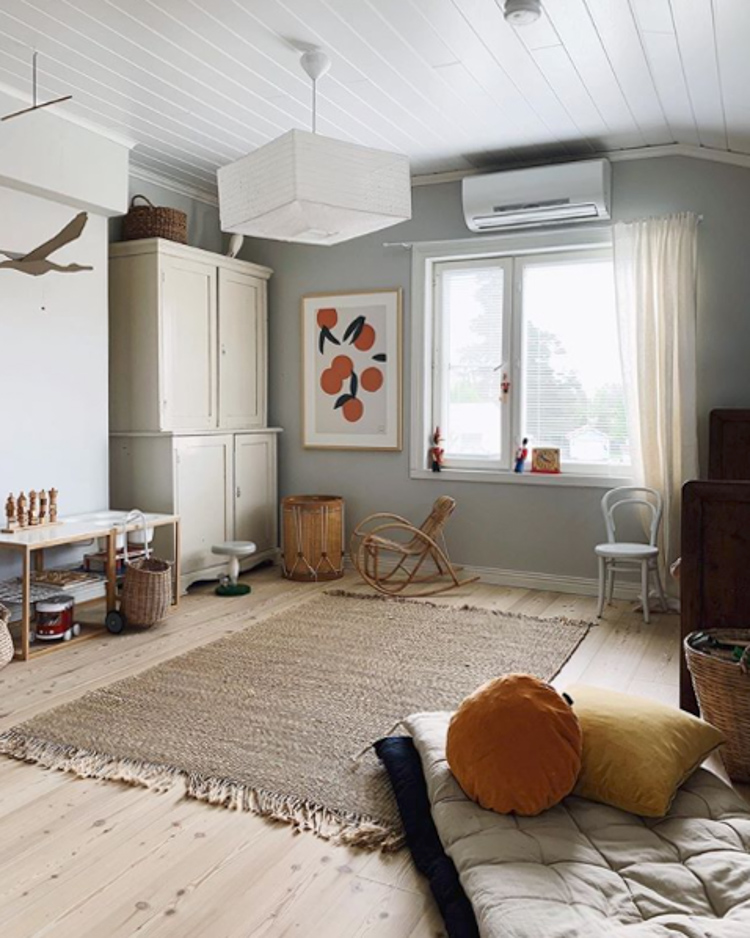 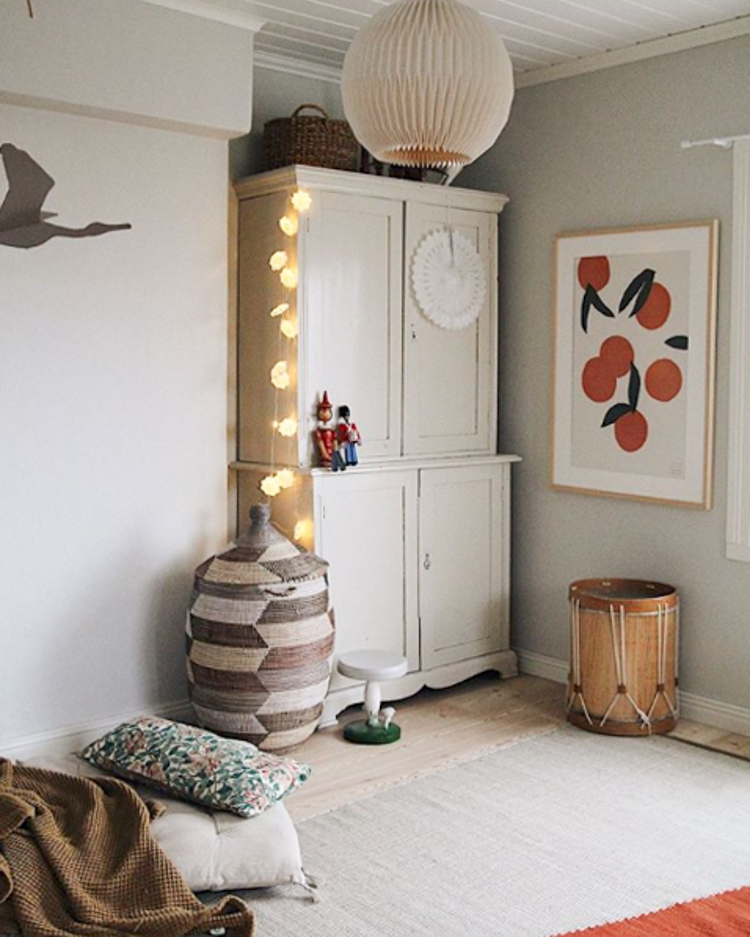 If you are as taken by Maiju’s lovely home as much as I am,  you might want to follow her delightful instagram @maiju_saw and blog Maiju Saw. Her DIY and ikea hacks are great (can you spot the ikea hack in this tour? You’ll find the answer and step by step here – it’s translated into English at the bottom of the post).

It’d be rude not to share a few other Finnish home tours with you today:

This post has really got me in the mood for a trip to Finland, I hope an opportunity crops up soon! Have you ever been?